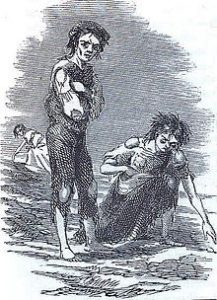 Whilst the devastating famines that had decimated the Irish population were seen as the main motivation for the masses to join their European neighbours and go to other parts of the world, there were more long term issues that spurred them on. For some interesting reading in the famines that tore the heart out of Ireland have a look at The Great Irish Potato Famine by James Donnelly Jr. and The Famine Plot by Tim Pat Coogan.

Since my latest book has a plot that touches some of the relationships that developed in a particular slice of time in Irish and American history I am going to try and shine a light on the flavour of the the two geographic locations in that slice. Maybe the motives for the actions of some of the protagonists in the storyline will become clearer. You will find, for instance, that the loss of life due to the notorious Coffin Ships, whilst an appalling tactic, was only only a small example of the death and destruction that was perpetrated by the greed and cruelty of the landed rich and the low born gangsters who robbed the masses of their money and their humanity. Coffin ships by William Henry is another example of the cruel treatment of the desperate emigrants.

It is a complex exercise and I am researching as much as I can so I can develop the events of the book so keep an eye out for my posts.